I’ve given you a week.  If you’re watching The Handmaid’s Tale, I’m assuming you’ve seen the season finale The Word by now.  If not, be warned there are more spoilers below than Eyes in Gilead. Every character made a choice at the end of the season that will have significant ramifications for Season 3.

I don’t buy Serena giving up her baby. Whenever Serena has been beaten or harmed by her husband, she doesn’t turn to June for comfort. She lashes out, directing her frustration and anger, at June. Her husband just chopped her finger off for reading! She wouldn’t kiss Nicole good-bye and send June on her way. She would raise the alarms and send June to the gallows. But then Serena would be truly unforgivable. I do find her the most interesting character this season. She intelligent, manipulative, and loving. She is a published author who supported the rise of a government that stripped women’s rights to read and write. What was she thinking? Obviously, she realized that was a bad idea – a little too late. 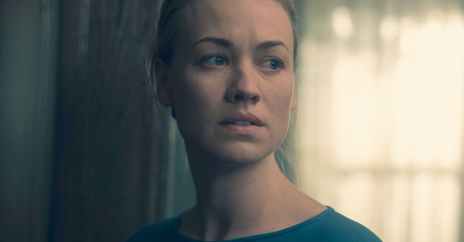 I cried out half in shock and half in jubilation as she stuck it – literally – to Aunt Lydia. I don’t believe Aunt Lydia will die, which probably means increased hell for all handmaids. My hope for Emily is she gets out but that she doesn’t wait around in Canada with Luke and Moira doing nothing. If anyone is going to the lead the charge into battle against Gilead from afar, it’s Emily. 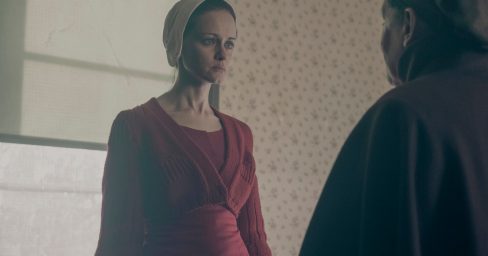 All he did was place a hand on the commander and insist it was too dangerous to go out on the street, but it is enough to send him hanging on the wall. While I was pleased to see him finally stand up to the commander, panic rose as thoughts tumbled in my mind as to what will become of him and his place with the Waterfords and in Gilead. 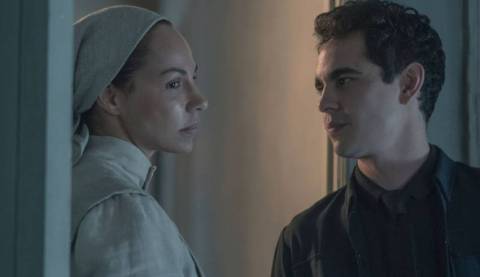 How cool was the system of Marthas used to get June and Nicole to safety? With a not so subtle nod to the Underground Railroad, the network led June to a train track where the van of freedom would arrive. I always had a feeling the Marthas were badasses, hearing everything spoken in the house, slipping in and out of rooms unnoticed, noticing all.

Or as I call him, the breath of fresh air to the show. Don’t get me wrong, I love this show. It is brilliantly made; however, it can be a bit of a downer. Bradley Whitford was a needed shock to the system. He’s quirky and rebellious – playing Annie Lennox! You don’t know what to make of him and neither does Emily. I’ve always had a soft spot for Bradley Whitford ever since The West Wing, and when he showed up as a commander my jaw dropped. All I could think is he better return for Season 3. And he is, according to showrunner Bruce Miller.  WOO HOO!

OMG. I’m gonna kill her. This is the third time she’s tried to escape from Gilead and failed.  I get it.  She needs to get Hannah out. But if the show sticks her back with the Waterfords so we rehash the same torture again, I’ll scream. What I’d love to see is June team up with Commander Lawrence to get this Underground Railroad chugging faster! Bruce Miller did have this to say about June’s goals for Season 3, “‘She goes back to hurt Gilead as much as possible and to get her daughter back — probably. I don’t know necessarily the order of those two things.” And he apparently confirmed that June and Commander Lawrence will interact. My dreams may become a reality. 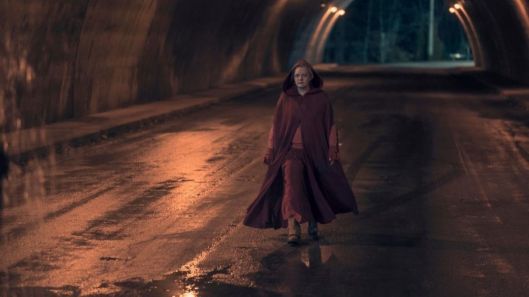 Until next season, “Under His Eye.”