Hey, Outlander fans! How’s everyone doing with this year’s Droughtlander? Ready to dive back into the lives of those crazy cats Jamie and Claire? Well, I hope so, because it’s time to talk about Drums of Autumn!

PS: No, literally, we’re going to talk about Drums of Autumn. If you haven’t read it yet, there will be some crazy spoilers below. You’ve been warned. (And hey, if you want to read it and come back later, click HERE. It’s only, like, 900 pages long, so we’ll see you in a couple months!)

For everyone still with me, we’ve got a lot to discuss before the Starz show starts up again this fall, so without further ado:

Okay, so as devoted novel2screeners know, our site is committed to exploring how literature is adapted to the screen.

In order to do that, we first dive into the book itself, talking about what we think worked, and what we think didn’t work, and then we can play some fun guessing games about what will and will not make it into the TV adaptation.

Now I’m going to go ahead and admit that I had a tough time with Drums of Autumn, probably more so than with the previous three books in this series. I know Diana has some SUPER devoted fans, and I know I’ve stepped on some toes before by criticizing some of her choices, but, hey, that’s kind of the point of the site, right?

So Diana is an author who REALLY likes to let her audience sit with her characters for a long time before getting down to the nitty gritty of plot and stuff. I get it. I really do. It’s sci-fi; it’s about world building, it’s about letting the sights and sounds and languages of this strange and distant land really settle in around us as we read. And of course, Diana knows that Claire and Jamie are deeply beloved characters, and therefore people want to spend some time just being in their vicinity.

It is, after all, why people come back to this series, right? Because they love the characters.

So I’m willing to roll with a book that isn’t in a huge hurry to get the plot started. I could even see hanging out for 100 pages before the inciting incident occurs. Heck, I could see hanging out at Walden Pond—sorry, Fraser’s Ridge—for almost 200 pages, even, just to let Claire explain to us for the third time exactly what shade of red Jamie’s hair is. (It’s super red, by the way. Like, golden reddish amber—it’s just super red.)

But… and it’s a big but… Diana is not content with 100 or 200 pages of red hair descriptions. She makes us wait over 400 pages before the plot BEGINS in this book.

So I know some people are saying, “What are you talking about, Rebecca? There’s tons of plot in the first 400 pages. I mean, they get their jewels stolen by that Stephen Bonnet guy they rescued from hanging, and they find Aunt Jocasta, some chick dies during a botched abortion (PS: that storyline went nowhere, huh?), and there’s a bear-killing scene, and then they start building a cabin in the woods and Jamie gets lost that one time and Claire has to rescue him, and then later Claire gets lost that one time and Jamie has to rescue her, and then they have sex and he orders windows…”

Because this is the plot of Drums of Autumn:

Brianna, discovering that her parents will be killed in a preventable house fire in the 1700s, travels through the stones to warn them, but her plan is irreparably endangered when her fiancé Roger decides to follow her.

Yes, the main character of this book, ladies and germs, is Brianna. It is Brianna who creates all the action of the book, and thus all the conflict of this book. It is Brianna who goes on a hero’s journey throughout this story, and changes dramatically from beginning to end. Claire and Jamie are not the protagonists of this story, and I know that because they are essentially the same people at the beginning of the book as they are at the end (just in a different house).

It is therefore quite problematic, storywise, that Brianna doesn’t really appear in this story (with the exception of a couple early chapters that are basically filler) until HALFWAY through the 880 pages of Drums.

And that, my friends, is a lot of pages for a story to not have its hero(ine).

Now this is not a new phenomenon for a Diana Gabaldon book. My longtime readers will recall that I had a similar problem with the last novel, Voyager, which doesn’t really get its plot started until halfway through either. (The first half of that 900 page book is just Claire returning to Jamie. The real plot—Young Ian being kidnapped and our heroes following him to Jamaica— comes at the midway point.)

My longtime readers will also recall that, due to this fundamental problem with the structure of Voyager, I recommended some pretty drastic changes to pacing and structure of the TV show. In fact, I made a series of MOCK EPISODE TREATMENTS to illustrate what I would do to get the plot started sooner.

The writers of last season’s Outlander actually PROLONGED Claire’s decision to return to Jamie, and then shortchanged the whole second half of the novel, which they condensed down to just a few episodes.

So what am I going to do this year? Well, not spend three months writing a bunch of mock episodes, that’s what.

But I’m still going to play my favorite game on the planet, and here’s the fun part because, kids, you can play along at home. And it goes like this:

Ooh, I love this.

Yes, over the next several weeks, we will dedicate a series of articles to taking apart a specific element of the book that we think worked or didn’t work—plotting, character, milieu, supporting players, etc—and put our collective heads together to see if we think it should be voted off the island or not.

And for article #1 in this series, I nominate:

THE PACE OF THE STORY 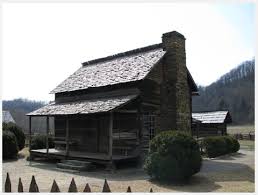 Now I’m sure the first couple episodes will probably hew pretty close to the book—give us lots of Claire and Jamie, lots of making love naked next to a stream, lots of Aunt Jocasta, lots of establishing Fraser’s Ridge. After that, if it were me, I’d bring Brianna front and center, ready for her close-up, Mr. DeMille.

Truthfully, because the first half of the book is so drawn out, and because each episode of Outlander is a true 60 minutes—which is a lot of screen time to fill each week—I’m thinking we won’t even need to lose anything that happens with Claire and Jamie. We can fit it all in and still get to spend some more time with Bree and Roger, letting Bree’s decision to return (and Roger’s discovery of that decision) hit the road running a bit sooner.

So that’s CHANGE ONE that I’d like to see in this season of Outlander: More Bree screen time early on.

There’s another element to the pace problems with Drums, of course, and that’s its missing antagonist (or largely missing, anyway—I’m looking at you, Stephen Bonnet). And that will be the subject of next week’s article.

But for now, let me know below if you agree with me or not about bringing in Bree a little sooner.

Keep an eye out for DOWN WORLD, my original sci-fi novel, which will be available on Kindle this summer! More info to come.

To read my Voyager mock-episode series in its entirety, click here. Also, be sure to check out my writing on TV Topik.

19 thoughts on “Intro to Drums of Autumn!”