Hello, lovelies. How’s your #Droughtlander going? So, I tried to make the time pass faster between Outlander seasons this summer by reading… wait for it… other books. I know, what is this craziness of which you speak, Rebecca? There are other books?

Yes. Yes, there are. And I tried to read them.

But I didn’t do so well.

Herewith I give you:

AND TWO I DID.

FIRST, THE FIVE I DIDN’T FINISH… 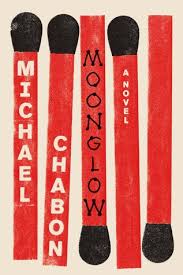 What is it: A kind-of sort-of autobiographal novel by Michael Chabon (The Amazing Adventures of Kavalier & Clay; The Yiddish Policemen’s Union) that tells his family’s story… with some creative indulgences.

Why I didn’t finish it: Honestly, I don’t know. I meant to. I was going to. I read, like, 20 or 30 pages of it. And it was very well written (his stuff always is), and I’m sure it was leading up to an amazing tale of family secrets and desires and hidden histories and wild tales of his tramp grandfather’s escapades as a ne’er-do-well, and I was totally going to enjoy it. But then… I don’t know. Has my attention span gotten too short? Do I demand too much? Must an author explain to me, like I’m a damn child, within the first 30 pages why exactly he/she chose to tell me this story? Must there be a point, or can great storytelling be its own point?

I guess it didn’t sing to me. And I’m probably missing a great book. Maybe I’ll come back to it… when my attention span increases beyond the cup of coffee by my side. 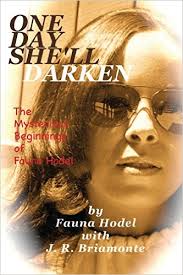 One Day She’ll Darken, by Fauna Hodel and Rick Briamonte

What is it: Also a biographical tale, this one by a white woman named Fauna who was adopted as a baby by a black Southern woman in the ‘60s.

Why I didn’t finish it: Honestly, it just isn’t very well written. I picked this book up after reading in the trades that it was being made into a limited streaming series by Patty Jenkins (the director of Wonder Woman) and Chris Pine– you know, these people: 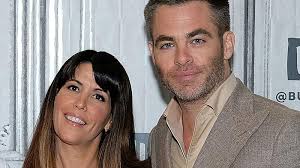 and, um… sorry, I was staring into Chris Pine’s eyes and I forgot what I was saying.

Oh, right. A TV series, with Pine starring as a detective who pieces together the scandalous back story of Fauna’s birth parents (which apparently has something to do with the Black Dahlia).

So, being a writer, I wanted to see what kind of story would attract the attention of such top-tier talent. And, um… I got about a third of the way through it. Up to where I left off, Fauna was still a baby and the story was still following the life of her adoptive mother, who frankly is just not a sympathetic character. The only characters I did like (the mother’s boyfriend, for example) leave the story early and never come back. And where’s the Black Dahlia stuff?

I don’t know. I think I’ll wait for the series to come on my TV. And yes, that’s the laziest thing I’ve ever said. 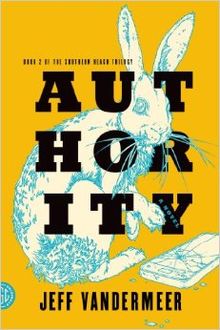 Authority: The Second Book of the Southern Reach Trilogy, by Jeff Vandermeer

What is it: The sequel to the sci-fi book Annihilation.

Why I didn’t finish it: So Annihilation is a book I reviewed HERE, and I liked it. I really did. And Alex Garland (the director of Ex Machina) is making it into a movie with some bad-ass women, like Natalie Portman and Gina Rodriguez and Tessa Thompson. But as much as I liked the first book, Mr. Vandermeer’s writing style can at times be annoyingly cryptic. In my review of the first book, I talk about how there’s a wonderful amount of set-up in Annihilation, and then a kind of amorphous, vague payoff in which the reader kind of, sort of understands what the hell he’s talking about.

The second book, as of about 20 pages in, is doubling down on the vague part. All new characters, elusive and sometimes confusing references to backstory, vague understandings of what happened to the characters from the first book. I’m sure it’s all leading up to something. And I’m totally going to find out what.

…as soon as I finish this coffee. 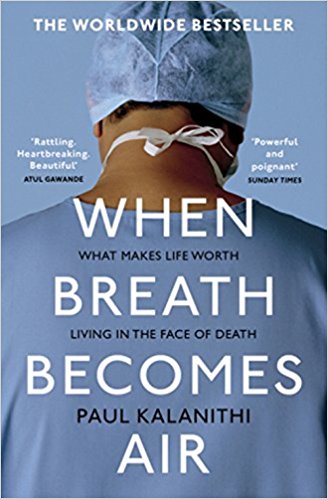 What is it: A biography (hmm, I’m sensing a pattern here) by the late Dr. Kalanithi, who apparently was a lovely and articulate and kind, funny man who, in a horrible pang of irony, died of the exact type of all-consuming cancer that he spent his still-nascent career treating.

Why I didn’t finish it: Because I’m a lazy, self-indulgent a-hole who doesn’t want to read about a nice dead guy who had a childhood once but now he’s dead.

Am I just a bad person? Hmm… let’s put a pin in that, as Sarah Silverman would say. 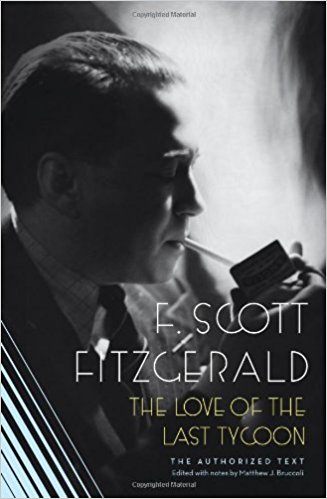 What is it: Fitzgerald’s infamously unfinished last novel.

Why I didn’t finish it: Because the bastard died before he could finish writing it.

F. Scott Fitzgerald was only 41 when he died of a heart attack, right smack dab in the middle of writing what was, up to that point, a pretty damn good book. Now my readers who know me will know that nothing pisses me off more than when a good writer dies before he can finish telling me a story. But I forgive you, F. Scott Fitzgerald. I know you didn’t mean it.

Fitzgerald had finished about 120 pages of “Love of the Last Tycoon” when he died, as well as copious notes, some typed out, some scratched out, some just jotted down here and there, on where the story was meant to go next. It’s the story of Monroe Stahr, a Jewish film producer who has reinvented himself as a Hollywood mogul with a goyisha name, who finds himself brokenhearted (literally; he’s working himself into an early grave) after the death of his movie-star wife. It’s told alternately from the point of view of the 19-year-old daughter of the film studio’s owner, who’s in love with Monroe, and from an omniscient viewpoint that follows Monroe as he falls passionately in love with a young Irishwoman who reminds him of his dead wife, only to find out that she is engaged to another man.

Like all of Fitzgerald’s work, it’s a novel virtually swimming in metaphor, the Irishwoman becoming a physical embodiment of that allusive Hollywood romantic ideal that remains stubbornly out of reach, even for those who have apparently “made it.” It’s a novel about people longing for each other, longing for the past, longing for the immortality offered by the movies—something that lasts forever, that we can leave behind when we die.

The characters get what they want, but they don’t get to keep it. Monroe gets to make love to the Irishwoman a few times before she marries the other guy; the 19-year-old (her name is Celia) gets to “run around” with Monroe for a couple weeks before the reality that he’ll never love her back, or be the impossible figure she had convinced herself she loved in the first place, comes crashing down around her.

Or, at least, I’m pretty sure that’s where it was going. Because at the very point that Celia manages to grasp hold of Monroe for a brief, shining moment, Fitzgerald had the bad form to drop dead. Only the notes left behind let us know that the romance was, in typical Fitzgeraldian style, doomed.

It’s a story that’s just beginning to break your heart, when it accomplishes its goal by leaving you wanting more, and knowing you’ll never get it.

By the way, I picked this thing up because Amazon made a streaming series “based” on it this year. I’m putting the “based” in quotes, and if you’ve seen it, you’ll know why. I know this is novel2screen, and I’m supposed to talk about the adaptation, but frankly, it’s a hot mess. A whole backlot of added characters and bizarre story changes do nothing to improve the work that Fitzgerald left us. Even the gorgeous costumes (by Janie Bryant of Mad Men fame) and the gorgeous actors (Matt Bomer and Lily Collins—yum) can’t redeem it. Read the (partial) book instead. 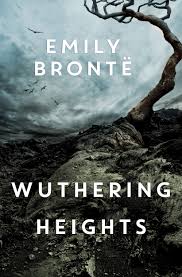 *NOTE: If this is your favorite book ever, skip to the next entry.

For everybody else who hasn’t read this thing since high school and remembers it as a romantic masterpiece about Heathcliff’s undying love for Catherine, I’ve got terrible news for you. This is a book about a sociopath trying to ruin the lives of unsympathetic a-holes who kind of deserve it.

Seriously, what the hell were we thinking? This nasty, ugly story about nasty, ugly people being mean to each other made me want to throw my iPhone through the window (I was listening to the ebook). Catherine dies at the beginning of the book. All that hot, longing, lusting, meet-me-in-the-heather stuff is just how we choose to remember it. The chick is dead for, like, the whole thing.

And then Heathcliff is bitter and mean to everybody for the rest of the book.

The real problem, however, is the narrator. The story is mostly told by the housekeeper, Nelly (who must be, I don’t know, eight million years old, because she lives through a story in which LITERALLY EVERYBODY dies). Nelly basically spends the book telling us about how if she had just butted out of things, everybody probably would have worked their problems out for themselves. But instead she interferes with everything, thus screwing it all up. Thanks, Friar Lawrence.

And then everyone dies. 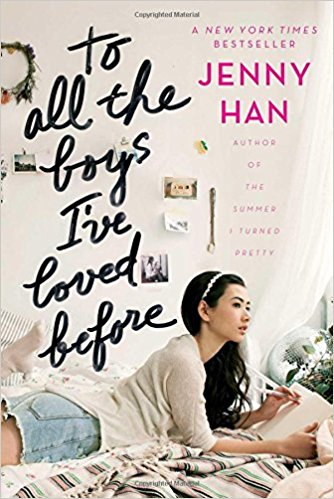 To All the Boys I’ve Loved Before, by Jenny Han

What is it: A Young Adult book by author Jenny Han (The Summer I Turned Pretty and its sequels) about three Korean-American sisters who take turns falling in love with the boy next door (with a bit of a “Can’t Buy Me Love” segue).

Yes, it’s a simple story. No, it’s not redefining feminism or anything (seriously, the main character spends A LOT of time wondering who she should date. Girlfriend seriously needs to join the drama club or something). And yes, it can kind of be described as “Asian Sense and Sensibility.”

But so what? I like Sense and Sensibility. And I was charmed and delighted by this book. So read it.

Now if you’ll excuse me, I’m off to read the two sequels: PS, I Still Love You, and Always and Forever, Lara Jean.

And that’s it. Now when is Outlander on again?