A few months ago when Rebecca and I went over the adaptations coming out in 2016 for Novel2Screen I was overjoyed to see Roald Dahl’s The BFG on the list.  I snatched it up and claimed, “Finders keepers,” faster than she could say, “You’ve got that one covered.  I’m calling dips on Girl on a Train.”  I loved The BFG as a kid.  I have a distinct memory of reading this book.  Actually, I have a distinct memory of sitting on my friend Beatrice’s bed in third grade and her NOT telling me what The BFG stood for but pretentiously telling me I’d have to read the book to find out.  So, I did.  And I remember loving it.

This year I decided to share my love for this book that I hadn’t touched in decades with my son and then I’d take him to see the movie!  It was a grand plan.  We checked it out of the library and read it out loud together.

My son did.  He loved it.  Must be a kid thing.  The book is full of made up words that the BFG says, which makes it super challenging to read out loud.  My dyslexia nightmares returned as I struggled with every other word.  Then I saw the trailer for The BFG and I was even less interested to see the film.  The animation of The BFG looked dated to me – like a character from a Zemeckis film – but in high def.  But my son was super excited to see the film, so off we went with his bff this 4th of July weekend to the movie.

The BFG opened to mostly positive reviews.  However, it also only made $19 million this weekend, compared to Star Wars: The Force Awakens which made over $200 million in its opening weekend.  Granted, comparing the two films is like comparing bananas to plantains.  Both are family films.  Both were made by legendary directors: Spielberg and Abrams (yes, I’m including Abrams in the legendary category already at his young age; I said legendary not god-like, which I reserve for Joss Whedon).  But both films are completely different at their core, their mushy insides.

Honestly, I wasn’t expecting much from the movie, so I ended up pleasantly surprised.  It is faithful to the book, one of the more faithful adaptations I’ve seen in a long time.  The film captures the heart of the book, which is about friendship (Sophie and the BFG) and understanding (the world and the BFG).  Yes, there are huge, ugly giants that bully the BFG, are a threat to Sophie, and snatch chillens in the night from their beds to eat.  But there is little action in the film, so don’t go expecting some man vs. giant battle scenes.

What you will get is a sweet film, sometimes slow, with wonderful acting.  Ruby Barnhill who plays Sophie is amazing, especially considering this young newcomer acted this whole film to a man in a screen capture suit.  I found myself at times watching the screen and thinking, “This girl is amazing.  What will her future hold?”  My friend appreciated the fact that she looked like a little girl, not a doll or a princess.

Academy award-winner Mark Rylance (Bridge of Spies) was the BFG with Penelope Wilton (Downton Abbey) as Queen Elizabeth, circa 1980s.  Us adults thank you for the “Wake Ronnie” line.  Besides loving Ruby, I was also happy to see Rafe Spall in the film.  Personally, I think he’s an underrated actor.  This man is brilliant.  Again, underutilized in The BFG, but I hope to see him more on the screen.  He starred as John Hancock in History Channel’s mini-series Sons of Liberty last year.  His portrayal of Hancock was brilliant.  The whole mini-series is great fun and amazingly acted, but Spall is quirky, hilarious, moving, and oddly sympathetic as Hancock.  It’s the 4th of July, so go check it out for a fun envisioning of the events leading up to the Revolutionary War.

But I digress.  The true heart of this weekend’s film review were farts.  Lots of farts.  And they were green.  And they were hilarious.  And our boys laughed so hard and so loud it filled my heart with joy – something I wasn’t aware a fart joke could do.

The wizzpopper scene was wildly entertaining.  Rafe Spall farts, knocking out a statue, I believe, in the process.  Bless him.   Then the Queen farts.  But the crème de la crème of wizzpopping went to her three Corgis whose green farts propelled them out of the room, and propelled every little kid at heart in the audience to double up with laughter.  It’s no surprised that when asked what their favorite scene was in the movie both my son and his bff shouted “THE FARTING SCENE!”

I also asked them if they liked The BFG.  They both yelled, “We LOVED it!”

I don’t think you can get a better review than that. 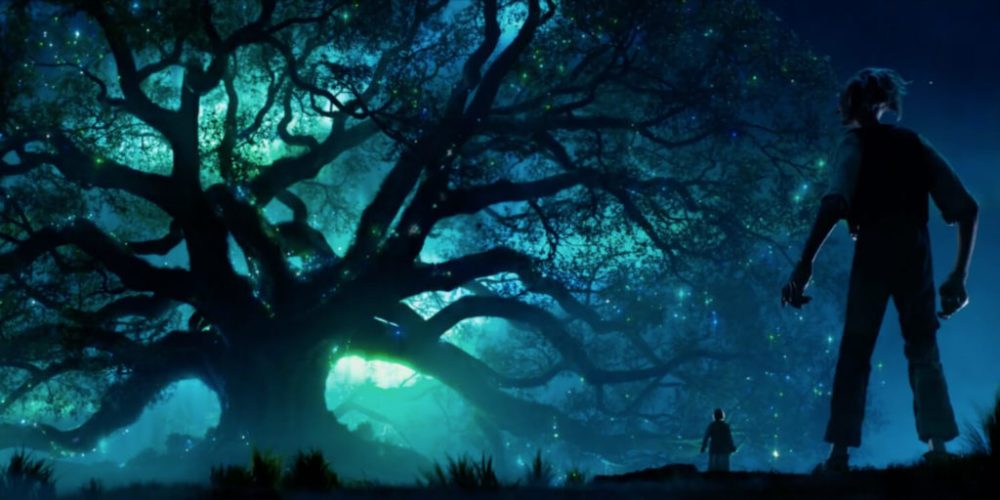