The following contains spoilers for those not familiar with The Mortal Instruments series.

Last night’s Shadowhunters can be summed up in one word: FUN! Did it follow the books? Nope. Did it make complete sense? Nope. But it was entertaining and had many nods to Cassandra Clare’s The Mortal Instruments series that have been missing from the series. Let’s list it off!

1. Chairman Meow and Church made an appearance!! If most fans are like me they were cheering and jumping for joy to see the cats make their appearance in the Alt-Universe. And I loved Harry Shum, Jr.’s (Magnus) look to Church. Bwu hahaha!! 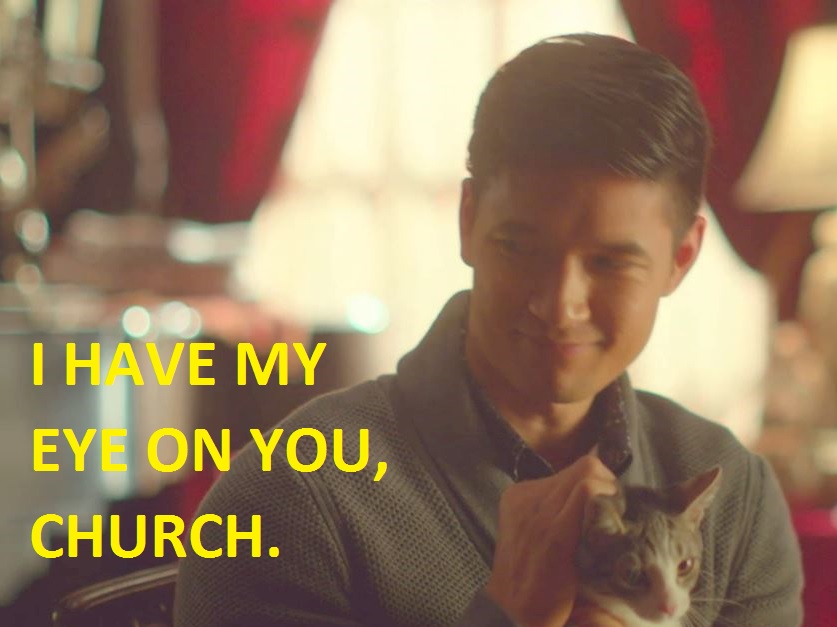 2. That Magnus commercial had me cracking up. In a nod to the novel (and what I like to think a response to my reviews), Luke says, “Maybe the police force wasn’t my calling, so I’ve opened up a rare book store.” Haha! I cheered so loudly that I had to explain to my hubby that Luke owned a rare book store in City of Bones. And Hodge, who is only seen working out on Shadowhunters, opens up a dojo. Loved it! It was a great example of the creators and writers of Shadowhunters acknowledging the fans and our disappointment with some elements of the book dropped for the show, and them being able to poke fun at themselves a bit too.

3. Nerdferatu. Thanks for that one, Simon.

4. The Lightwoods Inverted. I didn’t think Emeraude Toubia could get more beautiful, but seeing her in a braid, cute glasses, and a Star Wars shirt changed my mind. Jaws of geeks everywhere dropped to the floor. Plus, it was totally refreshing to see her character do a complete 180˚ and be bubbly, clumsy, and self-conscious. Metrosexual Alec with his perfectly combed hair and stolen Magnus lines was great as well. 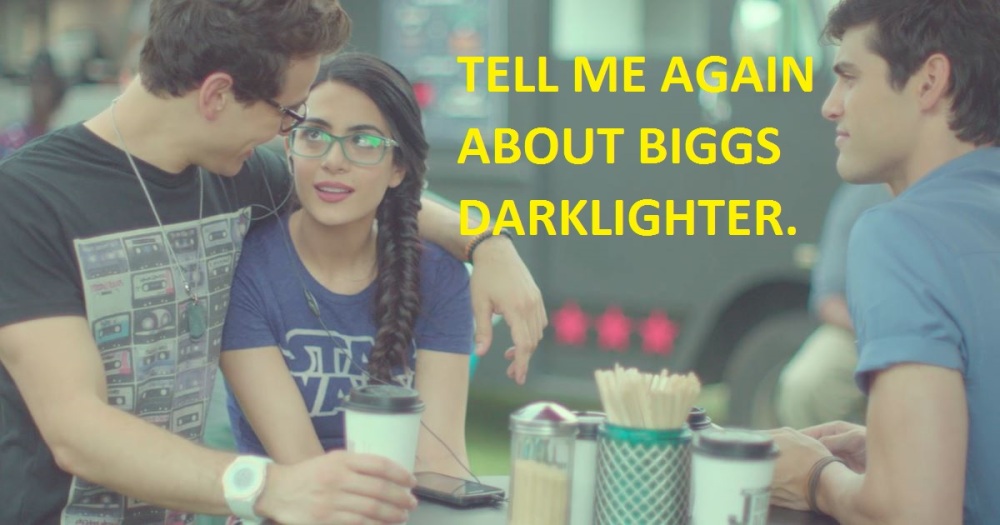 5. Valentine and Jocelyn are pretty adorbs in Alt-Shadowhunter world.

The Shadowhunter world inverted was entertaining. I wish we could go back there, vacation there often like a timeshare, because the real Shadowhunter world wasn’t nearly as much fun. Granted, Luke and Simon’s adventure together in NYPD cover-up land was entertaining. Alberto Rosende’s adorable, energetic Simon balances out Isaiah Mustafa’s understated, don’t-give-a-werewolf’s-a** attitude. Clearly, Luke needs tarot-reading Magnus in his life to show him that being a cop really isn’t his forte. If you’re attacking your superior and faking the death of a serial killer, you may not be on the right side of the law.

Here is what didn’t work for me:

1. Izzy and Alec. I loved watching Alt-Izzy and Alt-Alec because the real world Izzy and Alec were killing me. Glad to see Isabelle ditching the middle-aged suits and hating on Lydia, but her storyline of getting arrested and Alec still siding with Lydia despite it all just felt tiresome. I didn’t really care. Come on, Alec! What do you see in this chick? If marrying her will strengthen the Lightwood name, surely having your fiancé arrest your sister will do the exact opposite!

2. The logistics of the portal. Clary and Jace jump through into the bodies of their Alt-personas. OK, fine. I’m following you there, Shadowhunters. But then they jump through the portal in the wall of the Alt-Institute’s basement to Chernobyl. So…..what happens to the Alt-Clary and Alt-Jace bodies? Do they disappear from the Alt-Shadowhunter world? Are Clary and Jace still stuck in their Alt bodies but now in radiation Disneyland? Or do the Alt bodies somehow reappear in the Alt-Shadowhunter world with their personas intact? This whole portal jumping/body jumping dynamic had my head spinning.

3. OK, Shadowhunter fans, perhaps I missed this in my reading, but when did a tracking rune for your parabatai weaken your bond? I don’t remember that at all in the books. In fact, pretty sure Alec tries to track Jace in City of Lost Souls without destruction of their bond. And why is Alec so angry with Jace that “Jace is dead” to him? Oh, Alec, get a grip. I did enjoy Jace’s quip to Meliorn – “On a scale of one to Namaste…” Jace needs more sarcastic comments like that.

4. Um….so….Valentine isn’t Jace’s father too? Are we dropping that whole storyline from the TV series? Is it too risqué for Freeform – the network that has brought us murderous high schoolers and teenage addicts? Clearly the dude in the Chernobyl locker wasn’t Valentine, and Jace called him father, so I guess we aren’t going down the incest road with Jace and Clary. Granted, it never really was incest, but it certainly was an interesting dynamic in the books.

5. Crud. Now Clary and Jace will get radiation poisoning.

1. Will we see more Alt-Shadowhunter World? Freeform’s website seems to indicate we may get to learn more about this world?

Catch up on Shadowhunters here.

5 thoughts on “Shadowhunters: This World Inverted … Is Better List”